Kourtney Kardashian- Prego Before the Show?? 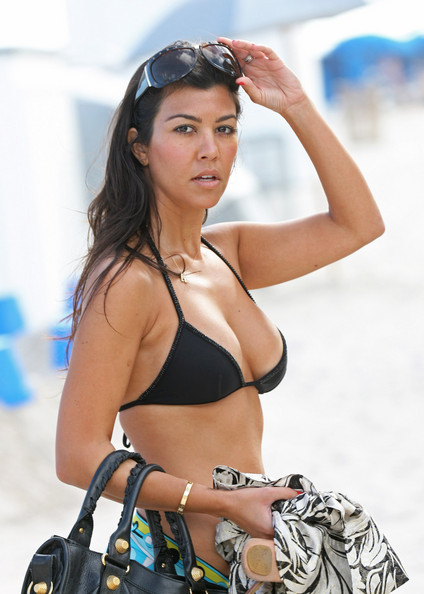 Kourtney Kardashian, 30, broke the news that she was pregnant in the middle of filming her new reality TV show Kourtney and Khloé Take Miami. But a source has a different story. In fact, Kourtney had known she was pregnant since the beginning of the show and so did every staff member on the filming crew. And then to find out that the father is none other than Scott Disick, Kourtney’s ex-fiance that was suspected to be cheating and in the result of the suspicion their engagement was cancelled.

It’s a joke what reality TV is coming to these days, to watch a 30 year old girl parade around Miami kissing girls, getting lost, and fighting about nothing. These reality TV shows are full of lies just keep their ratings. There’s a reason they call it reality TV… because it’s REAL! It’s not some stupid ideas concocted and then acted out in front of a camera.